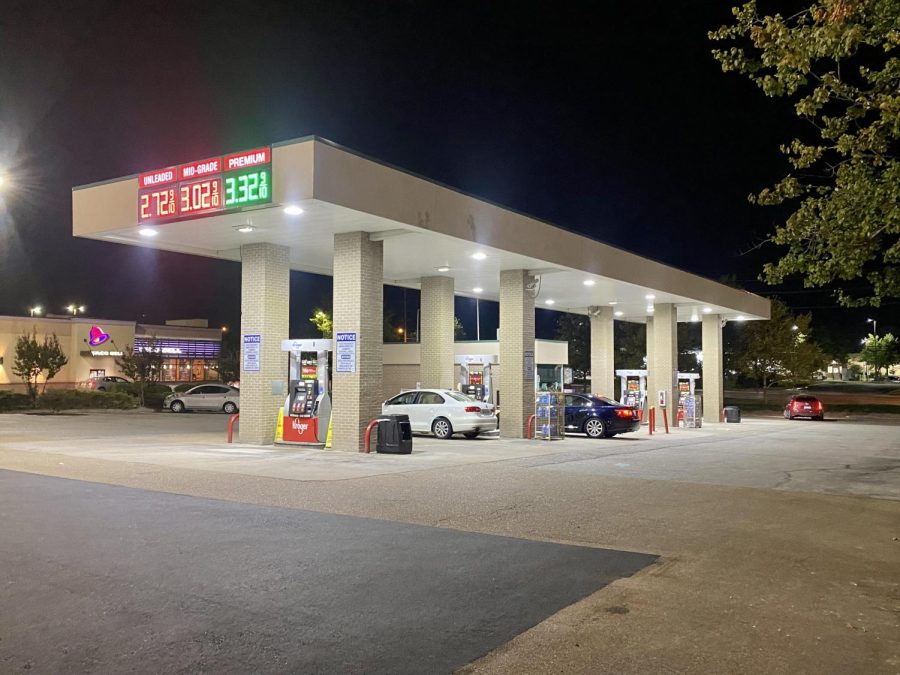 This Kroger gas station is one of the many locations where shooting have recently occurred in Memphis.

After an unjustified shooting by a security guard, protesters at the Kroger Fuel Center in East Memphis came together to protest the victim’s death. Gregory Livingston, a 54 year old private security guard, has been charged with second degree murder after shooting Alvin Motley. Alvin Motley, a son, brother, and boyfriend was listening to loud music and later got into an argument with Gregory Livingston. Motley approached the guard to talk to him, and then the main witness, Motley’s girlfriend, reported that she heard a gunshot and saw him fall to the ground. After seeing Kroger surveillance footage, Motley’s girlfriend was correct, and the guard shot him in the chest despite him causing no harm and being unarmed. The shooting quickly spread around all forms of social media, causing discontent towards the police force and the Kroger where the shooting took place.

People continue to protest by playing loud music and blocking the gas pumps at the Kroger where Alvin Motley was shot. Others protest by refusing to buy gas at the same Kroger and spreading the story through social media. Although the protesters are mainly angered by the security guard who killed Motley, they also are also extremely displeased by the company that hired him and want them to take responsibility for Gregory Livingston’s actions. Kroger ended its relationship with Allied Universal Security in Memphis, the company that hired the security guard. Motley’s attorney, Ben Crump, said the crime was racially motivated because he was a black man, causing more resentment towards Gregory Livingston and the company that he worked with. He said, “I cannot imagine if the shoe was on the other foot and these were young white men listening to rock and roll or country music, nobody would say it was justified to kill them.” 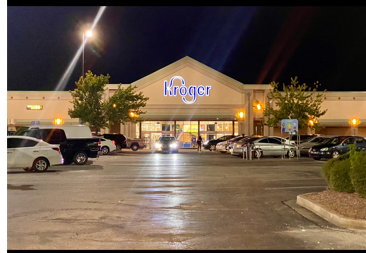 The aftermath of the shooting also impacted Kroger’s reputation and made the store’s business decrease. During the shooting, many people took videos and posted them on the internet. After the killing rapidly spread on social media, many regular customers no longer feel safe to shop at the store. Abigail Martin says, “I don’t shop there as much because of the shooting, and being there kind of makes me unsafe.” Abigail lives near the Kroger where the shooting occurred. After the shooting, she now feels uncomfortable shopping at the Kroger because of how easily a man was shot and the several protests that occur there.

Gregory Livingston currently has a 1.8 million dollar bond, and the family of Alvin Motley still hurts from his prejudiced death. Alvin Motley’s father was forced to celebrate his birthday mourning his son. The Motley family is said to be very tight-knit, and his sister said, “My brother meant everything to me.” Additionally, according to Alvin Motley’s father, Alvin had Marfan syndrome, an inherited disorder that affects connective tissue, causing him to be nearly blind and not being able to drive. The family of Alvin Motley wants justice for their relative, and many people agree that he was not shot simply for listening to loud music.

The shooting of Alvin Motley remains to many as a hate crime, and widely-known organizations have involved themselves in the case. Organizations and leaders such as the Southern Leadership Conference, the Memphis Chapter, and the Memphis Baptist Ministerial Chapter promise they will help Alvin Motley’s family receive justice. They say they want to “to ensure that this type of horrific tragedy does not happen again under these circumstances.”