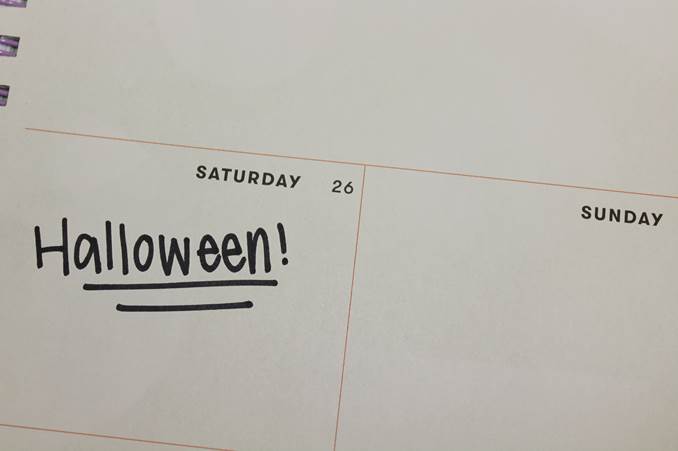 Celebrating Halloween is a tradition dating back centuries, and it is not just for Americans. According to knowledge.com, at least 30 other countries around the world acknowledge the time in the liturgical calendar year dedicated to remembering the dead. They all have different views, but the one thing they all have in common is that Halloween falls on the same date on the calendar every year, October 31st. But those celebrations could become a little longer if one commercial trade group gets its way. The Halloween and Costume Association is petitioning to add National Trick or Treat Day to the calendar on the last Saturday in October. The group first created a petition to completely change the calendar date of Halloween, but they have recently revised their request. After gathering 120,000 signatures and receiving hundreds of emails, they decided to come up with a new plan. Just like Starbucks extended their “pumpkin spice season”, they want to see Halloween celebrations last a little longer. They want to add a holiday to the calendar on the last Saturday of October in addition to Halloween, and they are calling it National Trick or Treat Day. The petition says that the majority of people who are enthusiastic about the change are parents who are looking to give their children a “safer, longer, stress-free celebration.” Many of the reasons for the change that were listed on the petition page had to do with safety. “63 percent of children don’t carry a flashlight while they are trick or treating,” according to the group. They also cite a warning from Safe Kids Worldwide that says “twice as many kids are
killed on Halloween than any other day of the year.” The added Saturday would mean kids could trick or treat all day long if they want, in broad daylight. The extra day for Halloween celebrations would put an end to hurrying home from school or work to have only about two hours of daylight left for trick or treating. Others are not nearly as enthusiastic. On Twitter, ‘Van Lighting’ sees a liberal conspiracy behind the proposed changes to Halloween: “Easier maybe, but this is more than what it seems. It’s part of rewriting, erasing, cultural flip of western culture. Anything traditional will be either erased or changed.” Some say that Halloween is meant to be a day for children to be able to stay up late. Others argue the only acceptable date for Halloween is on October 31st. Another comment, this one from a person named Roomba, who tweets: “If you sign this petition or support this nonsense, I will egg your house.” Americans spend a frightening amount of money on Halloween. According to CNN, “The National Retail Federation estimates consumers spent a record $9.1 billion on Halloween last year. But other sponsors are jumping on the bandwagon (or the hayride in this case) as Snickers Tweeted, “A Thursday Halloween? Not satisfying. Halloween on the last Saturday of October? Satisfying. If the Fed Govt (sic) makes it official, we’ll offer 1 million free SNICKERS to America. Join the petition!” Snickers even shared the link to help boost the signature count even though not everyone is buying it. One person identified as “Dragonkilz” worried about the logistics of the whole thing, “I’d love to know how they came to
the decision of 1M candy bars when there are 327.2M people in America [and] 175M celebrate Halloween. How would people get the free Snickers?” Retail chain store, Party City is also supporting the effort according to the website. Party City carries a wide range of themed party supplies, including costume and party decorations. Costume sales have grown over the past 3 years, up 8.3% since 2016. With 175,000,000 people shopping for Halloween, that means that the average consumer is spending $86.13 per person, according to USA Today. Adding another holiday starts with a signature, or in this case, around 150,000. That is how many people will have to sign the petition if Americans want to see National Trick or Treat Day added to the calendar. At the time of publication, the group had 148,065 signatures on their petition, and they are well on the way to reaching their goal of over 150,000 signatures. National Trick or Treat Day can’t automatically be added to the calendar once petitions are complete, but according to Change.org, since it has more than 100,000 signatures, it can be sent to the White House and if approved, National Trick or Treat Day will be on our official calendar. By the way, Change.org also says that everyone who signed the petition will get an email from the White House to let you know when petition has been reviewed and decided. The Halloween and Costume Association says, “National Trick or Treat Day will be a day where Americans can participate in community parades, throw neighborhood block parties and opt for daytime Trick or Treating.”