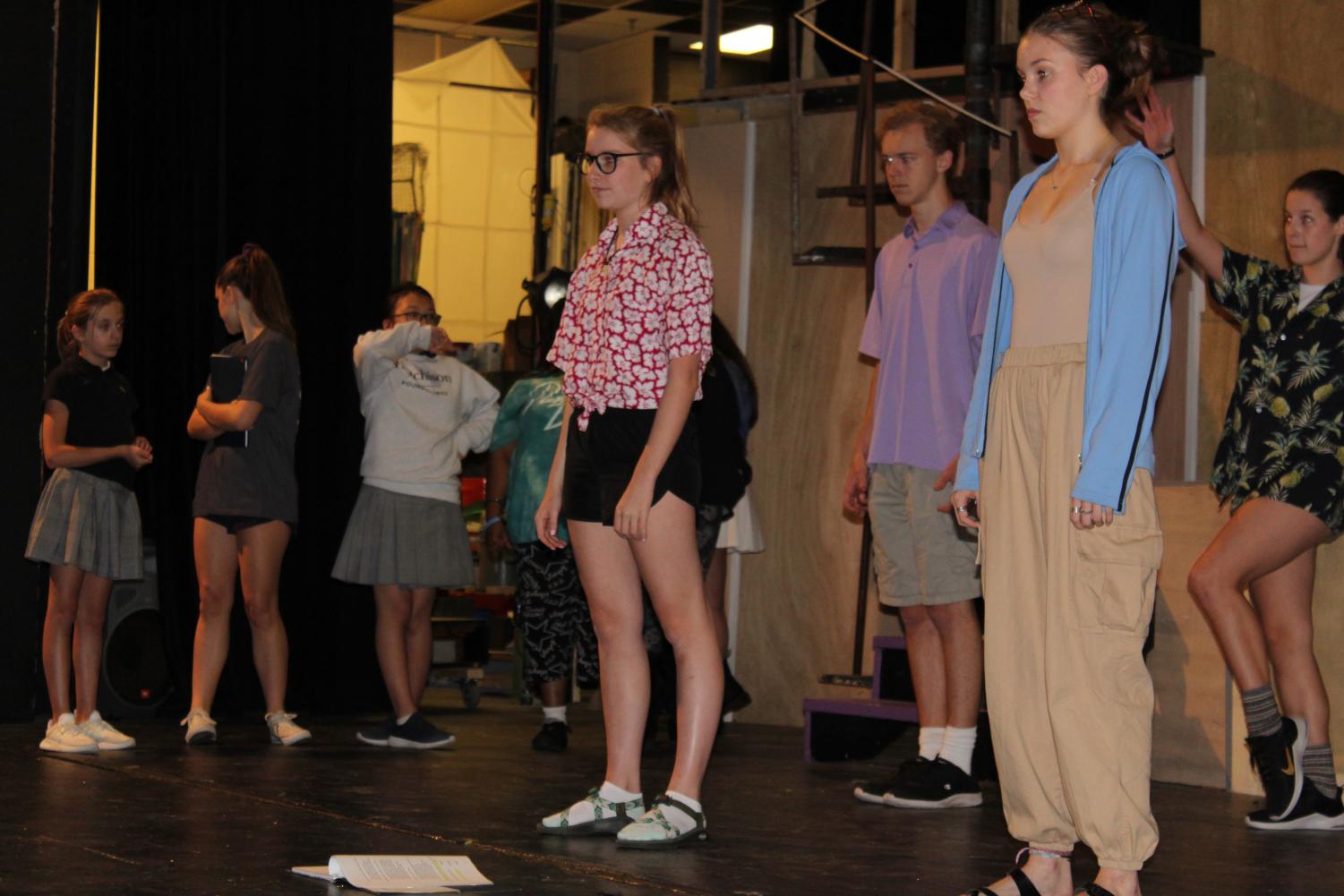 Behind the Scenes of Sidekicks, the Musical

Around three years ago, former head of Upper school Dr. Barry Gilmore and his daughters Katy ‘20 and Zoe’ 22 Gilmore sat down to begin writing what would become one of the most meaningful productions ever to land the Hutchison stage: Sidekicks, The Musical. According to Katy Gilmore, her dad “finally suggested one night while parked in a Fresh Market parking lot that [they should] put [their] skills to the test and write [their] own play.” Following that first catalyst, the family wrote the first lines on scrap paper at Mosa Asian Bistro, agreeing that “two of [them] must always be present, so no writing happened alone.”

Sidekicks, The Musical is uplifting and encouraging; according to Katy, “it follows a group of teenagers with different histories aiming to be sidekicks coming together to save the heroes of their world,” the musical encourages viewers to reevaluate the defining characteristics of something super. The play promotes the ideas that “small can be super,” and being who you are is how you “learn how to soar.” However, the musical is especially important given recent events. Unfortunately, Dr. Gilmore was diagnosed with incurable liver cancer during February of 2019 and passed away in his sleep on August 15th, 2019. During the precious time before his passing, Katy explains that her father “fostered the creation of the project and pushed [them] especially hard to finish it once he found out he was sick because
he knew this would outlive him and connect Zoe and [her] to him after he’s gone.”

Over the summer, the family worked with many people in the Hutchison community to finish the musical and record the songs so that the cast could learn the music. This musical will immortalize Dr. Gilmore, and his memory will live on through the production. Currently, all the cast and crew members are hard at work, blocking out scenes and rehearsing for the productions in mid November. Among the cast are many students from various schools around Memphis including Hutchison, Ridgeway, and Lausanne; even our technology director, Mr. Marques Brown, plays a superhero. According to the director of the show, Mrs. Anne Marie Caskey, Sidekicks, The Musical is a “tale of second chances, reinvention, friendship and love.” She describes the production best by saying, “With a compelling story, clever lyrics filled with literary references, a moving score, and characters fully developed, this new musical is unforgettable.” Zoe Gilmore explained, “Even after we perform Sidekicks at Hutchison, there is still a future for the musical. My dad has created something that will not only carry on his memory, but will reach several people’s lives and touch many hearts, just as he did during his lifetime.” You can watch the performance of Sidekicks, The Musical and support all the hard work of both the Gilmore family and cast and crew in the Wiener Theater from November 15th to the 18th. The show begins at 7:00 p.m. on Friday, Saturday, and Monday, and it begins at 2:00 p.m. on Sunday.