Brewing for a Change 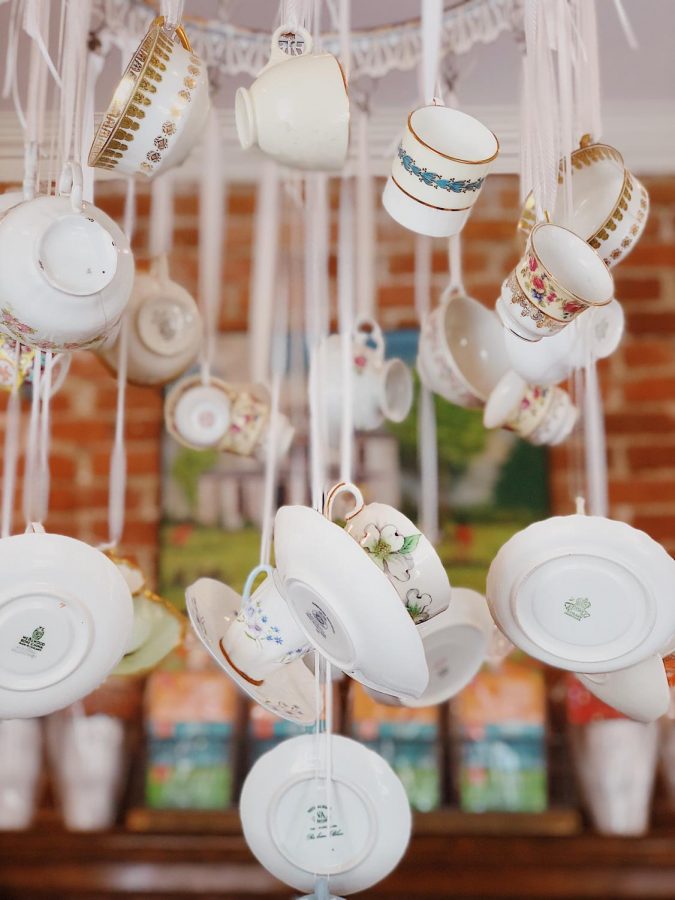 My Cup of Tea is the definition of ‘girls supporting girls’. My Cup of Tea is a nonprofit, Christian based organization started in 2006 by Mary Beth Bryce as a way to empower women with business skills that could potentially lift them out of poverty. It’s centered in one of Memphis’s most impoverished neighborhoods, Orange Mound.

Carye Moore bought the business in 2006, saying, “We were trying to help single moms who live in Orange Mound find steady employment.” “We located here so that we could be within walking distance for the women of Orange Mound.

Many don’t have cars or transportation and this was a way to come to them,” says Debbie Hert, manager of My Cup of Tea.

My Cup of Tea brings a wealth of knowledge to the women it serves. They train, coach, employ, and help find work for women. “We teach them business and communication skills and we pay them wages of $10 to $15 an hour. That helps them build financial stability and secure legitimate employment for future job opportunities,” says Hert.

“The women who work at My Cup of Tea are becoming pillars among their neighbors,” says Moore.

“But they give us a lot, too. By having the opportunity to work with the women of the Orange Mound community, we have the chance to bridge and hopefully heal our two cultures, black and white. We learn just as much from them as they do from us,” says Moore.

Both the women and the business have clearly grown in the past few years. One of their best success stories is from a woman who came to My Cup of Tea to help pay a bill. Not only did the business help her with that but they offered her a place to work and learn. She jumped at the opportunity and worked at My Cup of Tea for years. “One day she walked into the Department of Housing in downtown Memphis and handed them her paperwork to get out of government housing. When the secretary looked at her papers, she asked what she was doing, she told her that she found a house in the Orange Mound community that she was going to rent to own. After 54 years, she was on the road to being a first-time homeowner!” says Hurt. That’s one of the many stories you’ll find when you walk into the front door at My Cup of Tea.

The business has grown too. They outgrew their old facility and had to move to a new location over the past year. They started off in a small, two-room house, and they moved up to a larger two-story home just up the street. In addition to selling tea, they offer cooking lessons, a catered meeting room, and a small gift shop where you can buy not only tea but tea towels and cozies. When I visited My Cup of Tea in mid-October, I found all of the ladies working to fill the Hutchison fundraiser orders. Boxes upon boxes lined the upstairs hallway. A peek inside one of the rooms off the hallway revealed a small beauty shop with all new fixtures, sitting and waiting on a woman who would be finishing beauty school later that week. 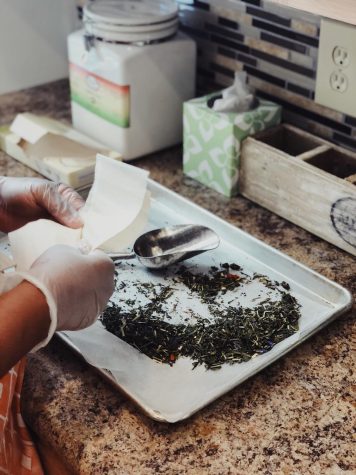 “Our program helped secure funding for her to go to cosmetology school. She will finish on Friday and she will have this little beauty shop rent-free. It helps women in the neighborhood too because they don’t have to find transportation to and from their regular hair appointments. They can just walk over,”says Hurt.

There’s also a small woodworking shop in the backyard. It will function as an independent business located on the same property. There, they make the wooden tea boxes branded with the My Cup of Tea logo and sell them in the gift shop.

Last December, they finally obtained their 501c3 tax status that allows them tax exemptions and the opportunity to apply for federal grants; however, it hasn’t been easy. “Five out of five of the grants that we’ve applied for were denied due to the fact that we are a faith-based organization. But Memphis has been good to us and many private people have donated to help keep us going,” says Hurt. Hutchison was the first school to come to My Cup of Tea with the idea of selling the tea through a school fundraiser. Carey Moore, a former “Honey bee” herself, was thrilled to get to partner with Hutchison for our latest school fundraiser.